From the Journal of Lord Templeton Granger (Session II) 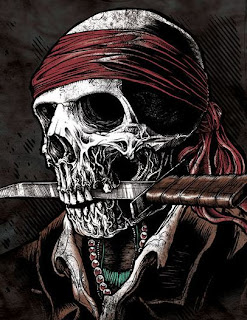 I am drenched in shame (and honey).

We continued upriver and discovered en route the druidic half-elf who introduced himself as Crux, another companion of the party, and the last one I had yet to meet. When we arrived in the very next town, I found myself quite busy with my shipboard duties and Tasilon evidently botched negotiations for our peaceable entrance. No blood was shed, however he was forced to pay far more than he should have had to. I blame myself…
After catching up with Tasilon, he asked if I could procure some Andoran Trade Company missives for him, and given our somewhat fluctuating futures, I decided that I should secure one for myself. I purchased some supplies in town and spent an hour or so at my ease. Then, craving the crush of humanity (and to sample some of the local fare), I collected some silken rope and gold filigree to create the Wicked Rope of my people, took some fine wine (excellent vintage, but tasted more of vinegar than anything palatable), and simply watched the dwarf drink an impressive amount of ale.
We continued come nightfall, but I was awoken from my rest by the wretched warning bell (which I will replace with a cow at our next port of call). A flaming tree was drifting down river. As we prepared to pole our way around it, we were suddenly beset by bugbears!
One of them seemed intent on eating the child Sigmund, a troublesome rapscallion with the caravan. I am not of a heroic type, but I do have a soft spot for delicious children, so I intervened the only way I knew how: With wit and skill rather than steel. I successfully distracted it to avail the others an opportunity to kill it, but it dropped into the water still clutching the bothersome boy. I cut myself free of the creature and snagged the child by the scruff, but the creature would not release him.
In the end, I shook the creature off and the both of us were dragged to safety. I spent the next few hours in drink, mostly in an effort to drown my stupidity.
The next morning, I was forced to let one of the crewmen go. According to the holy knight, he was touched by evil. I also questioned Sigmund about the bugbears, and may have convinced him that bugbears hunt children that troubled caravans.
Further upriver, that same day, Crux informed me that things were too quiet… and when I sent a lookout aloft to see what it is, he cried all stop. Smoke, he cried, fire. Again, ringing that wretched bell.
Positioning the ship for a quick getaway, five of us went ashore to investigate and found a barricade of Andoran naval vessels all aflame and the smoldering corpses not quite as restful as they ought.
I was nearly eaten, but we were victorious against the first two of the shambling dead. When  the other corpses showed signs of unlife, however, we opted that discretion was the better part of valor… and made a tactical retreat to the ship.
Posted by Unknown at 2:48 PM